2YC – Stand By You.   After the successful release of his Wizkid fever cover whose viral video viral video has received massive airplay on Silverbird TV and massive reviews on social media, the versatile singer 2YC is starting 2019 with a bang as he unleashes his first single of the year titled STAND BY YOU. The song is dedicated to all the lovebirds as it expresses assurance of standing by your partner no matter the situation. Offcourse 2YC did justice to the beat produced by heavyweight producer and singer Kingsizer as he delivered well articulated lines exhibited his vocal prowess. No wonder fans are calling on him to do a colabo with Burna boy.

Bookmakers are already tipping it to be the song of the forthcoming love season. Recorded, mixed and mastered by Sik1, yall should expect nothing less…

Though the Lagos born Port Harcourt based artiste who hails from Ogu/bolo LGA in Rivers State is still unsigned to any record label, he is looking forward to having a more successful 2019. 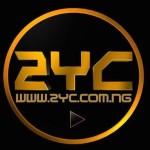